How Much Does the Average Acre of Vacant Land in California Cost? 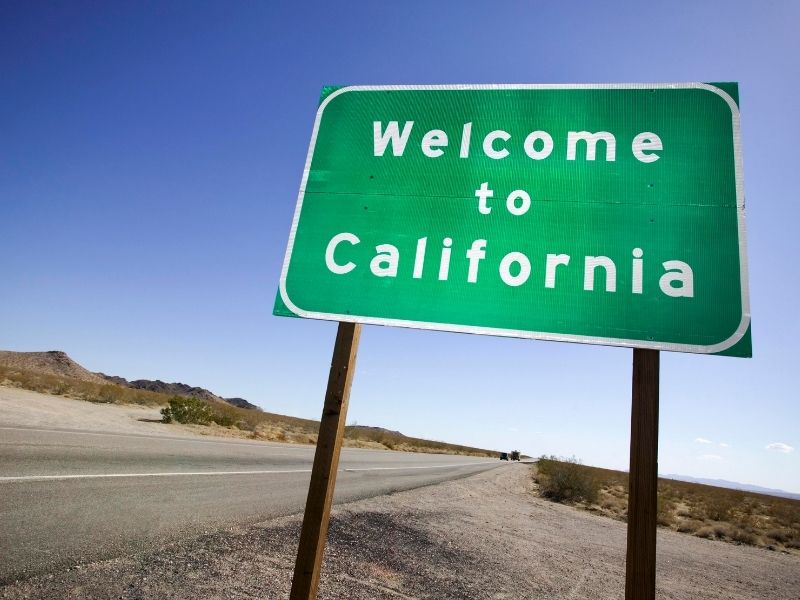 California is known for its huge size, tourist attractions, weather, wine-tasting regions, mountains, beaches, and substantial land to explore. With all these perks, it is becoming a very popular state to buy vacant land in. With the size and variety of land for sale available in California, there are plenty of great soils and terrains that support farming. Not to mention, California has sunshine pretty much year-round. We know how big California is, so could you imagine how many different things there are to do around the state? We could not possibly name them all.

What Can I Grow on Undeveloped Land in California?

When you are thinking about purchasing vacant land, the thought of growing different crops on your land has most likely crossed your mind. Every state and even city has very different environments for crops. For example, some parts of a state can have a sandy soil while other parts have a richer soil. Before you go out and buy all of your supplies to have a farm in California, you should know what grows best out there.

Because of the weather, the state can grow a lot of crops year-round, which makes a huge difference in the production. California is known for growing fruits and vegetables. A great thing to consider when you are thinking about why to purchase land in California is the fact that the state is number one in farm income. Above 70% of California’s revenue comes from the crops grown there.

Have you ever heard of anyone calling California, “wine country?” That should not be surprising considering that California grows 98% of the United States’ table grapes. Grapes are an extremely popular crop that grows very well in California. According to a source, the state grew a little under 7 million tons of grapes in 2019. Almost too many to count!

California’s second most popular crop is almonds. This delicious nut grows like a weed in the state. California produces around 80% of the world’s almonds and 100% of the Unites States’ almonds.

Strawberries come in third for California’s popular crops. This sweet, juicy fruit is grown on a little under 35,000 acres of California’s coast. The state grows almost 90% of the United States’ strawberries. You could put these first three crops on a charcuterie board!

Just like Florida, oranges are popular to grow in California. Usually, the state produces around 45 million boxes of oranges. Can you imagine counting all of those?

California is the United States number one producer of walnuts. According to a source, the state produced almost 680,000 tons of walnuts. That’s a lot of nuts! These nuts are known to grow in the San Joaquin Valley regions of California.

To add to the state’s most successful crops, we have quite the list. California is in the lead to produce avocados, lemons, melons, peaches, and plums. A fresh fruit bowl sounds pretty good right about now!

The most popular and successful vegetables to grow in the state of California are lettuce and tomatoes. Around 75% of the country’s lettuce and other greens are grown in California. Is anyone in the mood for a salad? Let’s add some tomatoes to that salad because California can supply plenty of those as well. Almost 100% of the nation’s tomatoes are grown in California. Think about how many different things you can make with tomatoes. Salsa, spaghetti and pizza sauce, soup, pie, chili, and we’re sure we could think of more!

Following lettuce and tomatoes, California is also in the lead for producing broccoli, carrots, asparagus, cauliflower, celery, garlic, mushrooms, onions, and peppers. All these crops are making us hungry!

Some other popular crops that are grown in California include hay, corn, rice and wheat.

As you can tell, there are plenty options that would be amazing to grow on your vacant land in California. If you are thinking about wanting to produce crops, start looking for a great spot to grow them! Feel free to ask some experts as well as research some tips for having a successful garden.

California is also known for its livestock. California excels at dairy farming. The state is the number one dairy farmer in the United States. There are over 1,000 dairy farms across the state and almost 2 million cows. Fun fact: Tulare County, California is the state’s most successful and largest dairy-producing county.

Beef cattle comes in second place when we are talking about raising livestock in California. The state produces around 10% of the nation’s beef. The most popular areas to raise cattle for beef in California are, Fresno, Kern, Merced, Stanislaus and Tulare counties.

Poultry and chicken eggs come in third place of popular livestock in California. The state sees billions of sales in poultry per year. Under 18,000 chickens are raised in the state.

Sheep, turkeys, hogs and horses are also great to raise in the state of California. There are plenty of options when it comes to livestock and what a great variety of options as well. If you are nervous about having the big animals to raise, start with some chickens, turkeys and sheep to get your feet wet.

If you want to purchase vacant land to build on, California could be an option for that as well. Since the population grows drastically in the state every day, it could be a great place to invest in a development. Many people love to vacation there and there are a lot of newcomers that need housing. If you have the opportunity to provide that for tourists or newcomers, then why not?

It is important to work with a contractor and discuss the zoning rules and regulations for your vacant land. Talk with neighbors and ask permission before you start working on the foundation.

Best Cities to Own Land in California

The cheapest place to buy land in California is Imperial County. You can find an acre for as little as $500. What a deal!

The climate in California can give you an amazing opportunity to grow crops and make some money off of them. Raising livestock is a given in California as well. Think about what you want to do on your land in California and go from there. Discount Lots is always here to answer any questions you have when buying vacant land.

Discount Lots has affordable land for sale across the country.

Ready to find a piece of land to call your own? Use our interactive map to search available properties!